While the Star Wars movie had great pictures of the sky, there is nothing like the real thing so explore the night sky with kids.  At this time of year, it’s dark before bedtime so this is very doable. Dress for the weather and spend a few minutes star gazing with children. 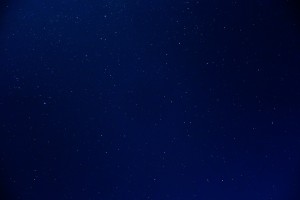 Just like the popular saying to stop and smell the roses, we also need to take the time to stop and look up. The night sky is so interesting and there’s something for kids of all ages. Wee little ones reach their hands out to the stars. Older kids might like to look for the shapes of animals or other things in the stars. There are some cool apps that can be set for the time of year and area that will superimpose constellations when a phone or ipad is aimed at a patch of sky. Observing the sky at night is another way to connect to nature.

Remember to check out the moon. What’s the shape of the moon tonight? Sometimes, the moon is round like a circle, but most of the time it looks like part of a circle. This part changes size and shape. Does it really look like there’s a man in the moon? Kids are pretty good at seeing a face in the moon. What’s the moon made of? Ask your child what s/he thinks. You can share the story that some people said it was made of green cheese. 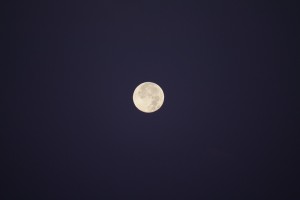 There are billions of stars in the sky. A few years ago, I went to South Africa for a conference. I really wondered before getting there how I could possibly see a different pattern of stars in the sky when there are so many. But I was astonished at how different the sky really did appear. I could tell in a glance the stars didn’t have the same pattern and the man in the moon wasn’t in the same spot either. When traveling, it’s amazing to look at the night sky.

Have you taken the time to explore the night sky with kids?