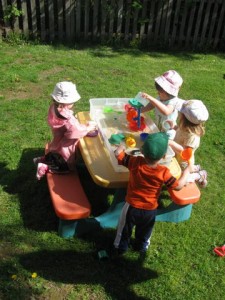 Summer days are perfect for water play outside and any water spilled on clothes will quickly dry. Water play is not just fun, but also pours out lots of kindergarten readiness fun and learning.

While there are tables specially made for water play, any big container will work such as a bin or big bowl. Water play is very much a sensory activity, stimulating the senses of touch, hearing, seeing, and, with kids, sometimes tasting. Some kids do not even mind soap bubbles!

Some of the things that kids learn are: 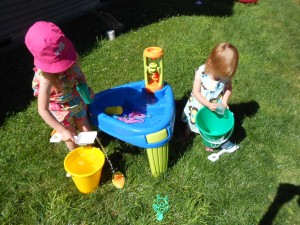 Kids like to explore what floats or sinks with items such as plastic bottle caps, jar lids, wooden blocks, popsicle sticks, cups, small bottles, clean rocks and more. Often, kids put things inside another container and watch the container getting lower and lower until water spills over the edge and it all sinks.

Play is an early form of science. As children pour, dip, splash, and stir, they are carefully watching what happens–this is observation. They do the same actions over and over again–testing. They remember the results of their actions and make their own “theories” such as flat things float but then they try something flat that sinks and so they play some more–experimenting.When we ask questions about what they are doing, kids will share their discoveries. In science, that’s called reporting.

And all this is child’s play. Do you agree water play is a good fun and learning activity for outside in the summer?

Outside play activities do not need to be elaborate to be fun for kids and they don’t need lots of equipment, either. What could be simpler than a paper airplane?

Today, I heard about a major airport that had a paper airplane contest. Did  you know that many kids don’t know how to fold paper to make a flyer? We just kind of assume that kids know how to do this, but it’s almost becoming a lost art. Here are some pictures, instructions and a video: 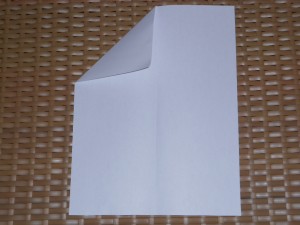 1. Fold an ordinary piece of printer paper in half, the long way or hotdog fold. Open it back up.

2. Fold the top outside corner down so it touches the center line and do the same for the other side. 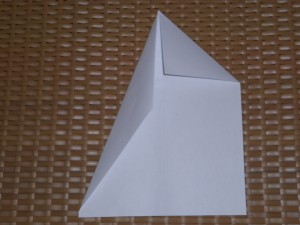 3. Do the same action again of folding each side to the middle. It sort of looks like a skinny mountain, the kind that kids draw.

4. Fold the two sides together. Now it looks like the wedge that goes under a door to hold it open. 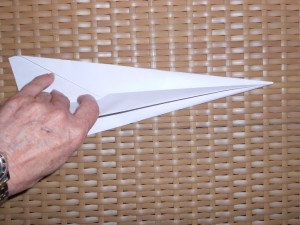 5. Hold the point with one hand, and with the other bend that folded edge over to line up with the center fold. This part is a bit trickier.

6. Flip over and do the same for the other side.

7. Pinch on the bottom center fold and the wings open up. This kind is called a dart and it’s ready to fly. Flying planes outside is better than flying them in the house.

The airport had an aerospace technology instructor and students on hand to show kids different flying models and tips. It was a popular event, with a $1,000 first prize donated by a travel company. With that kind of prize, it’s no wonder hundreds of kids came out to fly their creations. But the prize was probably to entice parents to bring the kids. They kids came for the fun and learning and now, many backyards and neighborhoods will be turned into mini-airports. Isn’t this a great idea for getting kids outside to play? Ready, set and takeoff…