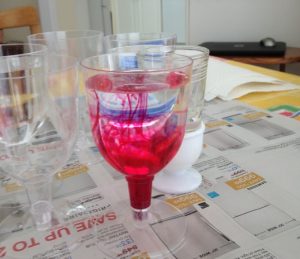 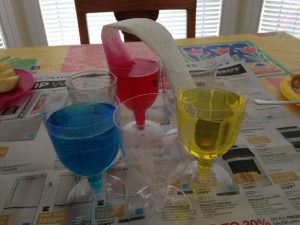 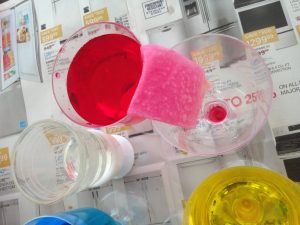 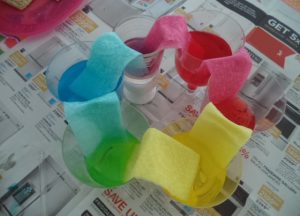 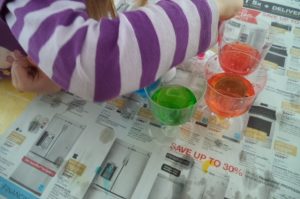 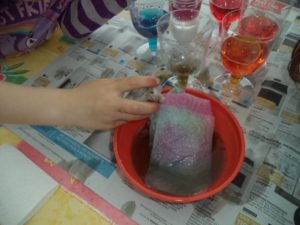 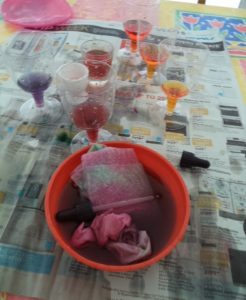 The Olympics are bright and vibrant with colors filling the days of the Games so today let’s fill the day with some Olympic color activities for kids. 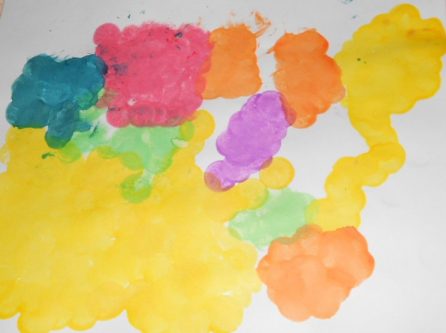 There is no doubt both kids and adults play with colors. Are the ads on TV in black and white? Are signs that warn of danger and how to move safely in traffic in grey and brown? Do flowers come all in the same color? Even nature is rich with color. Color can be a part of your child’s day, both at play and helping with tasks, in ways that are easy and fun.

A very simple game is I Spy A Color. Either you or your child can choose a color and an item of that color and invite the other to play. “I spy something yellow,” is a challenge to name yellow things in a room or space. A reply might be, “Is it the book on the table?” Guesses continue until one of you gets the object. Continue taking turns and changing colors. In our kitchen, it’s the yellow gloves for washing dishes. 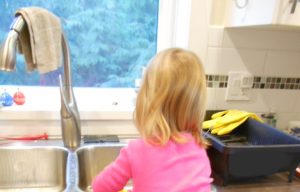 Find a Rainbow is another color game. This can be played anywhere. You say a color and your child finds something that color. Name as many colors as are appropriate for your child. For young ones, this may only be three or four. For older kids, you might do basic colors and several others, like grey, brown, beige, turquoise, etc. Make up a few silly words or find something multi-colored that needs lots of names, like orangey-purple-greenish for some color fun. Kids can choose the colors and you can find something. Make a few mistakes so your child has to correct you. This usually adds some giggles.

The Olympic rings are blue, black, red, yellow, and green. Just the same as ones in a box of food coloring, except for black. Not all Olympic color activities explode and bubble with color, but this one does. Spoon some baking soda into a pie tin or other shallow container. In four small dishes, like the pots from apple sauce pour in a couple of spoonfuls of vinegar. Add a few drops of blue to one pot of vinegar, and red to a second one, yellow to a third, and green to the last. With an eye dropper, kids can squeeze up one color of vinegar solution and squirt it onto the baking soda. Suddenly, the color starts to bubble and spread. Kids repeat this for all four colors. They can try and make a black ring by mixing some of the colors. The result is sort of black. 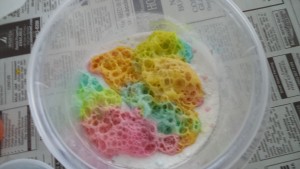 Include color in tasks and chores around the house. Sort the laundry into colors. Unload of one color dishes from the dishwasher. Then, do another color until it is empty. Kids can pick up all of one color toy from the floor to put away. Hint: choose the color of the most toys on the floor first. Once they are put away, it doesn’t look like so much left to do. 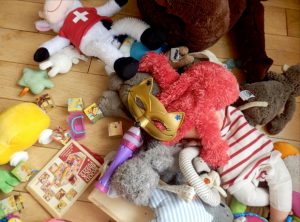 Colors can influence our mood. Learning colors is really complicated with so many shades to go with only a few names. Can you add some fun and learning to your child’s day with Olympic color activities and play?

The possibilities for space art activities are like space: endless. From simple to complex, easy to challenging, there are ones to appeal to all kids.

What shape are planets? As far as we know, they are round. In pictures, planets are circles. A very special kind of paper is circles and it’s found right in the kitchen. Coffee filters. While they are only one shape, planets can be any color. 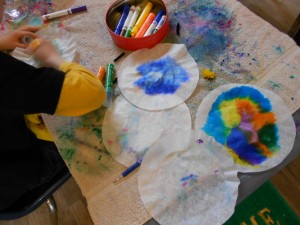 Using markers, kids color all over the coffee filter planets. They can do just one or as many as they like. Fortunately, dollar stores have really big packs of filters at very reasonable prices. Once the planets are ready, it’s time for some art and science magic. Protecting the table or counter with an old towel is a good idea, especially before doing the next part.

What do scientists hope to find on planets? They look for water. With a squirt bottle, kids spray water on the planets. This makes the colors of the markers spread out and blend, changing colors in some places as the water and colors mix. When dry, these are colorful to hang up in a window. Since the filters are so light, a small piece of tape is usually enough.

Kids might want to name their planet. Are the colors different things on the planets? Water might not be blue on another planet, it could be red or purple. Plants might be pink or yellow instead of green. This could be either confusing or helpful for learning colors. Wouldn’t it be unusual if mud was a bright color instead of brown or grey?

Not all children are particularly interested in art, even space art activities. Nor, do all kids like to draw and color. But a squirt bottle adds a whole lot more fun factor. Maybe this play-of-the-day is playnetary?

How about some color and sensory play? Color play has included science, math, songs, games, puzzles, cooking, stories, relationships, and thinking skills. Color fun has been both inside and outside, suitable for preschoolers of different ages. To finish a whole month of Colors of Childhood, here is a soap foam rainbow that comes with the … END_OF_DOCUMENT_TOKEN_TO_BE_REPLACED

Colors can be used for some amazing play opportunities. Unexpectedly, doing some exercises led to color play for one-to-one matching. Children’s play is immensely interesting to watch. Given time and space to play, kids will challenge themselves to solve problems while they are having fun. Little Sister started out with a 4 soft mats in … END_OF_DOCUMENT_TOKEN_TO_BE_REPLACED

Art activities for color play include more than drawing. Stickers, tissue paper, and even coffee filters are inexpensive materials for playing with colors. A bag of dollar stickers can be fun for younger toddlers and older preschoolers. We opened a bag and poured some stickers into a plate so the pieces were easier to see. … END_OF_DOCUMENT_TOKEN_TO_BE_REPLACED

This weekend, we wanted to do a nature activity but the fall weather is cool and rainy. A trip to a butterfly garden was an adventure in flying color. The butterfly garden only about an hour from where we live is more than a garden, it’s really a sort of indoor rain forest with tropical … END_OF_DOCUMENT_TOKEN_TO_BE_REPLACED

Understanding same and different begins about the age of three and up. Like other reasoning abilities, this develops as kids play. A set of 4 colored mats can be a very practical toy. They are bright and colorful as well as soft  for some whole body fun and make a quiet landing space for play … END_OF_DOCUMENT_TOKEN_TO_BE_REPLACED

Two of fall’s colors are brown as summer-green fades and grey for cool, overcast skies but play can combine some bright color and shape activities for kids. Blocks come in a variety of shapes and colors as well as materials. While children are building with blocks, it’s easy to mention the names of colors and … END_OF_DOCUMENT_TOKEN_TO_BE_REPLACED