Parents and caregivers often ask what young children need to know before kindergarten so this begins a series of blog posts on kindergarten readiness and early learning basics. No matter the age of your little one, this will give you a general picture of what to do as your child’s very first teacher.

Much of learning and the way we communicate to others is done using words. Children’s brains need massive amounts of language stimulation in the early years. Just how much? Millions and millions of words. Some comprehensive research averages the number of words a child hears in just a year to be over 10 million. If a child starts school at age 4 that’s more than 40 million words.

How can parents and caregivers give early brains this word-nutrition? By including words in whatever you are doing! Talk, sing, tell stories, have face-to-face conversations with others, and when needed, talk to things. 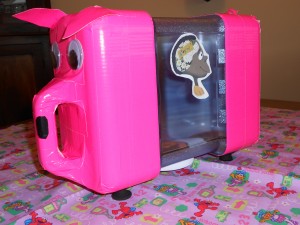 For instance, when you discover a wet towel that somebody has left on the floor, you can say to the towel, “Hey Towel, what are you doing down here? This isn’t where you go. You go on the towel rod right over here. See? Doesn’t that feel better?” When you are cooking, ask the spoon if it will help you mix and stir. Change your voice to be the spoon and share how much you like to help.

Are those raised eyebrows as you read this? This seems to fall under the heading ‘out to lunch ideas’ . Think of one word as being equal to one penny and the brain as a brain-bank. Each word your child hears is a deposit. Would you rather your child has an account with 40 million deposits or only 10 million? When numbers get that high it doesn’t seem to make as much impact, so let’s take off the zeros. Would you rather have $1 in your wallet or $40? Maybe that’s a better comparison. Language is brain enrichment.

English may not be your first language or the language you use at home. Talk away in them both. English is not an easy language to learn so including it is very helpful before children start school and the family language is a special connection so talk, sing, and tell stories in it, too. (Of course, only 1 positive word is better than 40 negative ones.) Can you add many, many, many words to your child’s early learning?