What do you do to help kids develop imagination skills? While we don’t think of imagination as part of IQ, it is a powerful tool for the brain’s toolbox. Albert Einstein himself said, “Imagination is more important than knowledge.” 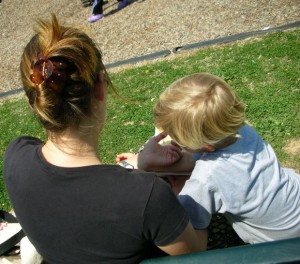 We think of imagination as an ingredient in fantasy, but it is just as important in reality. As parents and caregivers we ask kids to imagine all the time. For example when we say, “What could happen if you just run without looking?” we want the child to get a very clear image of the danger so the behavior doesn’t happen again.

When a child grabs a toy from another, we ask, “How would you feel if someone grabs from you?” To feel anothers distress takes imagination.  Empathy and safety aren’t the only things that need imagination, so do organization and planning. And building, and construction, and art, and the list goes on.

Did you know during play, the action is happening in the mind but bodies respond? Although we can’t see it, when children imagine they are flying, the arm muscles move. An elevator may only be pretend, but eyes go up. Just thinking about exercise can strengthen muscles.

Bodies and brains are linked. Imagining forms new pathways and connections in the brain. Here are a few doable and easy suggestions for building children’s imagination: 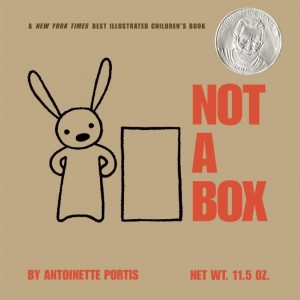 Kids aren’t the only ones that benefit from imaginative skills. More and more, companies need imaginative and creative people for new ideas and solutions. 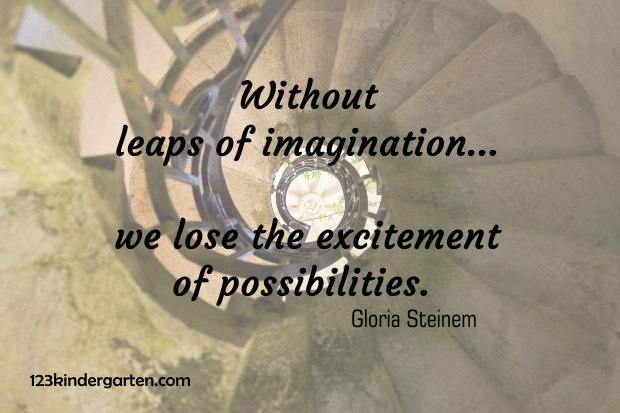