Today’s post is brought to you by the letter I for imaginative play. Albert Einstein himself said, “Imagination is more important than knowledge.” 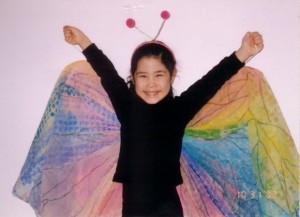 The month of October is a dramatic time for the changes in nature and these seem to make a backdrop for the drama of Halloween. No sooner do the green leaves of summer transform into bright golds, oranges, reds, and browns, than nature picks them from the branches with gusty winds. The colors swirl before our eyes and all too soon the leaves are gone. As reality fades out, fantasy fades in and into the space, steps imagination. No wonder Halloween is so popular.

Choosing a costume is also choosing a role to play. Often, kids will pretend to take on the characteristics and actions of the costume they wear. Those who wear Elsa’s blue dress become strong and powerful, with magic at their fingertips. Have you seen the photo a dad took of his young son who only wanted an Elsa costume for Halloween? He also wants his dad to be Anna. The little boy not only puts on the costume, he puts on the expression and the stance.

This pretend or imaginative play is vital for kids. Imagination is a powerful mind-tool for the brain’s toolbox. Imagining forms new pathways and connections in the brain. Bodies and brains are linked, so much so that when imagining an action the body responds. When thinking about going up in an elevator, the eyes move up too. 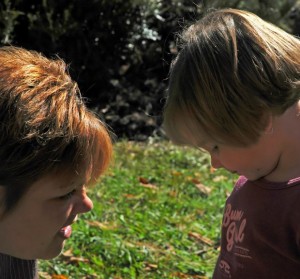 Imagination is a central part of play, and also empathy and safety. When a child is about to do something unsafe we often ask, “What do you think might happen if you do that?” We want the child to imagine the situation very strongly so that it doesn’t happen. When a child is interacting with other kids, we again call on imagination, “How would you feel, if somebody does that to you?” In order for our words to be effective, kids need to imagine.

Imagination can happen anywhere, anytime. How will imagination be part of your child’s play today?