The first Saturday in February is Ice Cream for Breakfast Day. Apparently, this holiday is about 50 years old dating from the 1960’s. A New York mom, Florence Rappaport, thought of the idea during a blizzard that dumped several feet of snow and had closed schools earlier in the week.

Would you have thought of eating ice cream during a blizzard? With kids who’d been stuck in the house, it might have been a moment of desperation. Whatever the case, it’s quite likely the kids thought it was a great plan. No wonder it caught on and is spreading across the continent. 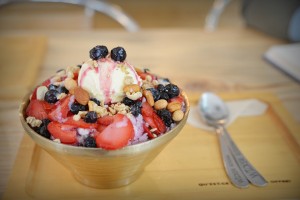 February may be the shortest month in the year, but it seems to get more than its share of events. Super Bowl, Chinese New Year, Black History Month, Valentine’s, Family Day in Canada and Presidents Day in the US, Pancake Day, and Pink Shirt Day, are packed into February. Maybe we could combine eating ice cream for breakfast and an early pancake day? 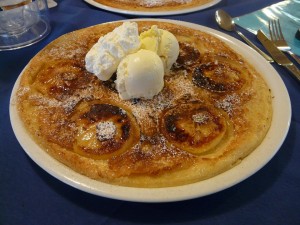 A breakfast of pancakes with a choice of toppings like blueberries, strawberries, banana, coconut, and chocolate chips, topped with a scoop of ice cream sounds wonderful. Or granola with ice cream instead of yogurt. Waffles and ice cream would also be fun. Kids may be able to help with some of the cooking. It’s the unexpectedness of having dessert at breakfast that is so magical. 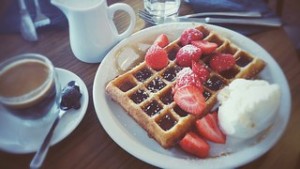 While routine sounds so humdrum, even negative, not having a routine isn’t a very good option either. Routines add to children’s security. Kids know what to expect and what to do. They feel more in control of what’s happening around them. Just knowing can lower stress and anxiety. Our biological clocks use routines for our general health. For instance, sleep routines can help make sure we get a good night’s rest.

Having a change in routine can be beneficial too. Kids also need to practice coping with the unexpected. Change can be a challenge but likely no one would complain about something as tasty as ice cream for breakfast. Will your family be enjoying Ice Cream for Breakfast Day?