Today’s play-of-the-day is some transportation toys letter fun and learning. Giving kids hands-on time with letters builds their familiarity and experience. Or maybe that should be wheel time? 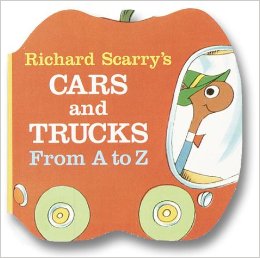 Children’s favorite way to learn is through PLAY. Come to think of it, that’s true for anybody. Rather than drills and flashcards, we can use children’s interests and toys. Kids love cars, trucks, trains, boats, and other toys. There are lots of great alphabet books and stories using transportation. For over two decades, Huckle Cat and Lowly Worm have been sharing a silly variety of vehicles in Richard Scarry’s Cars and Trucks from A to Z. Debra Pearson and Edward Miller take kids for a ride through the alphabet from Ambulance to Zamboni in Alpabeep, A Zipping, Zooming ABC. These are only two books, there are dozens more. 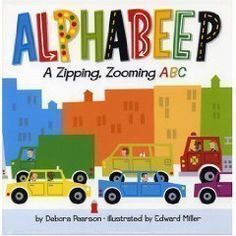 Little Sister played with some foam letters and lined them up to be a road. These letters are not in alphabetical order but as she played, her hands and eyes were busy making the brain pathways to later recognize them. 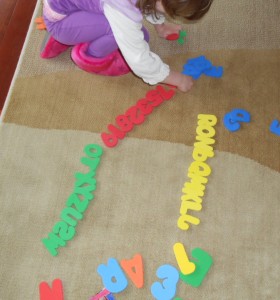 Adults can draw big letters on the sidewalk with chalk to be roadways. Kids can drive their cars and trucks along the letters. Feet can be used instead of wheels to walk the letters. That’s sort of transportation toys letter fun and learning, just without the toys . Cars and trucks might like to roll out some letters in the sand pile. 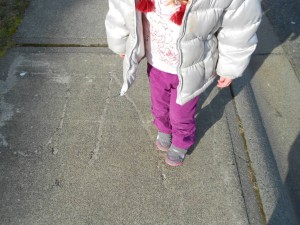 Shaunna Evans at Fantastic Fun and Learning set up a simple race track abc game that rolled out an afternoon of play. With sticky notes and a felt marker, she printed out the letters of the alphabet. She made a road or racetrack along the floor with the letters. Her daughter chose a vehicle and drove it down the track, saying the letters as she went. Different cars and trucks needed their turn too. 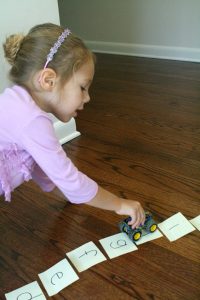 Parents and caregivers may worry kids need to know the alphabet before going to school. What kids need is to have lots of encounters of the fun kind with letters. Remembering all those squiggles and lines, names and sounds is an enormous challenge. It takes many opportunities of seeing, touching, hearing, and playing with them. That way, brains can build their own roadways. Wheels make it wheally fun, don’t they?