This month is the start of the Olympics and underneath the Games, the Olympics celebrate PLAY. We don’t think about that basis as we watch and cheer. After all, the athletes work incredibly hard during training, sacrificing much over the years. But way back, it all started with play. 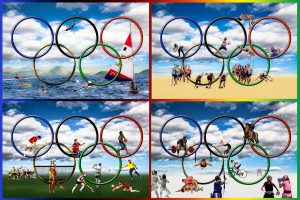 There is no doubt the Olympic Games showcase sports and achievement. Many sports themselves began with groups of people playing together. As they played, they created rules and the structure of specific games. While there have been changes and modifications, the heart of play has stayed.

The Olympic motto is “Faster, Higher, Stronger.” Athletes dedicate huge chunks of their lives to improving their performance. As many of them are interviewed, they often say how they remind themselves about being there to have fun. The all-time record holder for the most Olympic medals won is Michael Phelps. At the start of the Games in 2012, his results were disappointing but he was able to go on to tremendous achievement by his self-talk to “have fun in there.” This does not belittle the serious work of athletes; instead, it underscores the value of a playful mindset and how the Olympics celebrate play.

We tend to think of play as something non-serious but the brain’s most effective way to learn is play. That’s quite logical. Who’d want to do very much with learning if it meant work, work, work? Instead of loving it, we’d hate it. Don’t you find it’s easier to learn something new when there is, at least, some play involved? Getting faster, higher, and stronger, takes great effort and one of the world’s most foremost athletes tells himself to have fun. 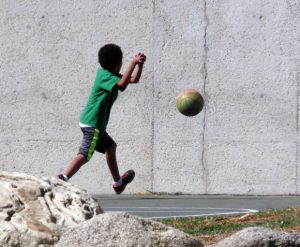 Sometimes, as adults, we say or hear, “Children have all the fun.” Is it any wonder why? They play. As parents and caregivers, part of the way we take care of children is making sure there’s time and space to play. How will your child play today?