The Olympics were two weeks of exciting games. Kids love to play games too and children’s games deliver both fun and learning. Can you come and play? 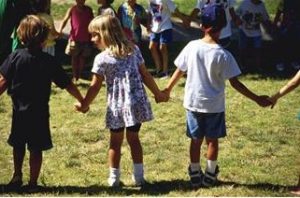 From the time we first start peek-a-boo with kids, we introduce them to games. Chase becomes a favorite game and kids squeal with delight. Hide and seek is another popular one. Kids figure out the hiding part but often reveal to us where they are. In the kitchen one day, Little Sister covered her eyes to play and announced, “You can’t see me.” In her mind, she couldn’t see me so I couldn’t see her either. 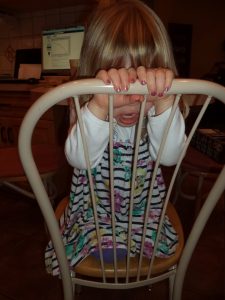 Hopscotch and Ring Around the Rosy are two more traditional games. I Spy with My Little Eye can be played anywhere. There are several I Spy books based on the game. Simon Says introduces the aspect of games having rules. There is only one rule: do the actions unless the person who is Simon does not use the words “Simon says” along with the instruction. Follow the Leader is especially fun outside. Kids love when they get to be leader, especially if they can take adults crawling under logs and into tight spaces. How many versions of What Time is it, Mr. Wolf have you played? This game can become What Time is it Mrs. Crocodile, Mr. Monster, Mrs. Alien, Mr. Zombie, Mrs. Dinosaur, or any other scary creature. 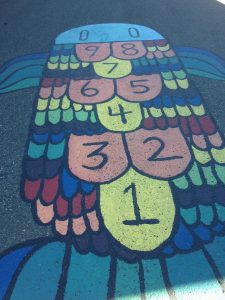 Pat-a-Cake is a simple hand clapping game. Some of them get really complicated. Instead of hands, try cups. Button, Button, Who’s Got the Button is another hand game and so is Rock, Paper, Scissors. Skipping games use hands and feet. When playing cards, each person gets dealt a hand. With help, 4 year-olds can play Go Fish, War, and Concentration. Sometimes, kids do better with Concentration or Memory than adults do. Checkers and Snakes and Ladders are fun board games. 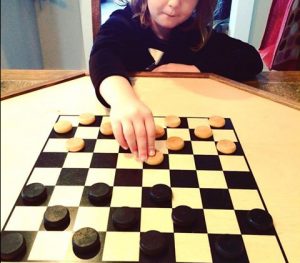 Kids will make up their own games as they play with brothers and sisters and friends. Children’s games of hockey and soccer might be slightly different versions, depending on how kids play. All games include an aspect of relationship. Playing alone is not as much fun as playing with others. Unlike the Olympics, sometimes kids don’t even keep score. No matter what games kids play, the keyword is PLAY. What games does your child enjoy?