Are Letters a Familiar Friend for Your Child?

Do kids need to know the alphabet before kindergarten? This is a common question and the answer is some basic familiarity with letters helps. 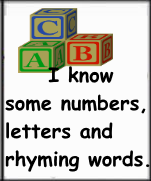 In this video below, the parrot can say all the letters. Just because kids are able to say the names of the letters doesn’t mean they will understand what letters are all about. One of the most important understandings about letters isn’t even something we teach kids. They figure it out on their own—as long as we give them lots and lots and lots of play and experiences with letters.

Only gradually will kids make the huge connection that letters hold meaning. We can’t hook up the pathways in the brain for them but we can make it easier for them to do that. 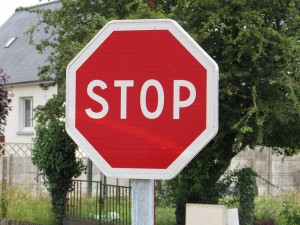 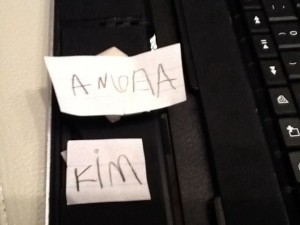 When kids do this several thousand times, they create the ground level for learning to read.

There are many ways to grow basic familiarity with letters. Letters are combinations of curves and lines and the brain will sort out which ones it has seen before and recognize them as familiar. Have you ever looked at those puzzles where you have to find what’s wrong? Your brain and eyes scan the picture and compare it to the mental images stored in your brain. Your brain is pretty fast at knowing if something doesn’t match, as long as it has a huge amount of data already stored. 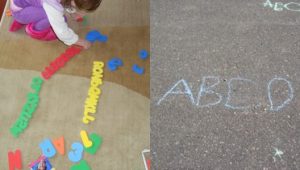 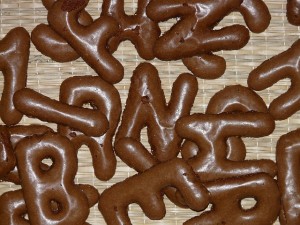 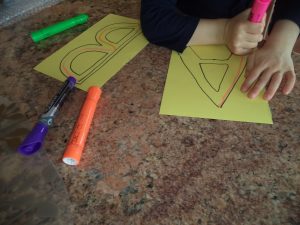 Having fun with letters in a tremendous variety of ways turns them into friends. Kids are filled with glee when they get to school and discover their name. They love to wiggle and hiss like the letter S. Think of these play activities as brain enrichment. You are paying it forward for your child. And wow, will this basic familiarity with letters pay off when it comes to feeling confident and learning to read. Got any other ideas you can share with us?