Part of the appeal of any holiday is doing some things again every year so, for a play-of-the-day, how about some kids valentine play dough fun? It’s hands-on and hands-in. 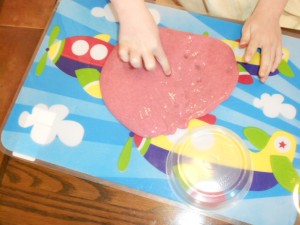 Although available in stores, play dough and it’s cousin slime or goop are easy to make at home and very inexpensive. Here are some instructions posted previously:

As kids play with slime and playdough, they are developing: 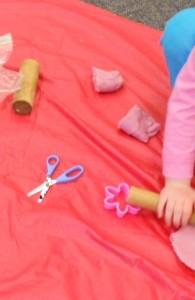 Children are using more than their hands to play. They are also expressing themselves and how they feel. Playdough or slime can help children release pent-up emotions and tensions. The world isn’t always a friendly place for kids, and with these materials, they can feel more in control. Slime adds an unexpected element, because it’s so much more flexible. Even though this can be a little bit frustrating, it’s also exciting. Kids soon learn that cookie cutters will not work with slime, like they do with playdough.

Play dough activities can happen at any time of the year, not just for special events and holidays. They appeal to kids of various ages and interests. Not all kids will want to make valentines, flowers, or hearts; some like to make dinosaurs and volcanoes. Kids get to create whatever they want to suit their needs and ideas. Can some kids valentine play dough fun be part of the action?