Even though it’s a shorter month, with so many February play and learn activities it’s a very exciting one. It starts with International Ice Cream for Breakfast Day and then, we watch to see if the Groundhog sees his shadow or not. The Super Bowl inspires lots of fun with throwing, catching, and kicking a ball. Valentine’s Day inspires kindness and friendship. That only takes us to the middle of the month. There’s more to come.

Here’s a calendar of February play and learn activities to start.
Yours in play, Mrs. A. 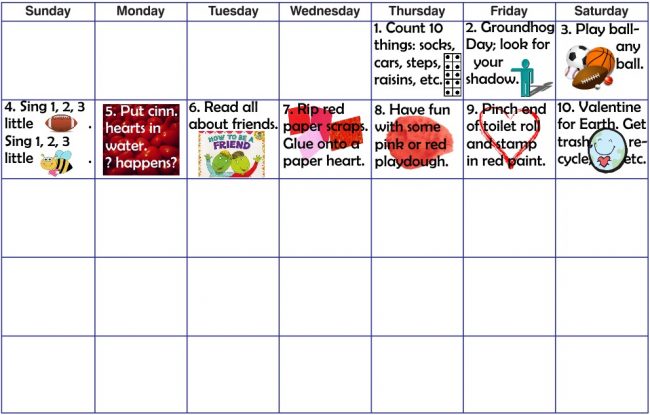 For some fun this month, print off the September learn and play activities calendar below. Check each day for your play-of-the-day suggestion and inspiration. Enjoy! There will be more fall actiities for October. 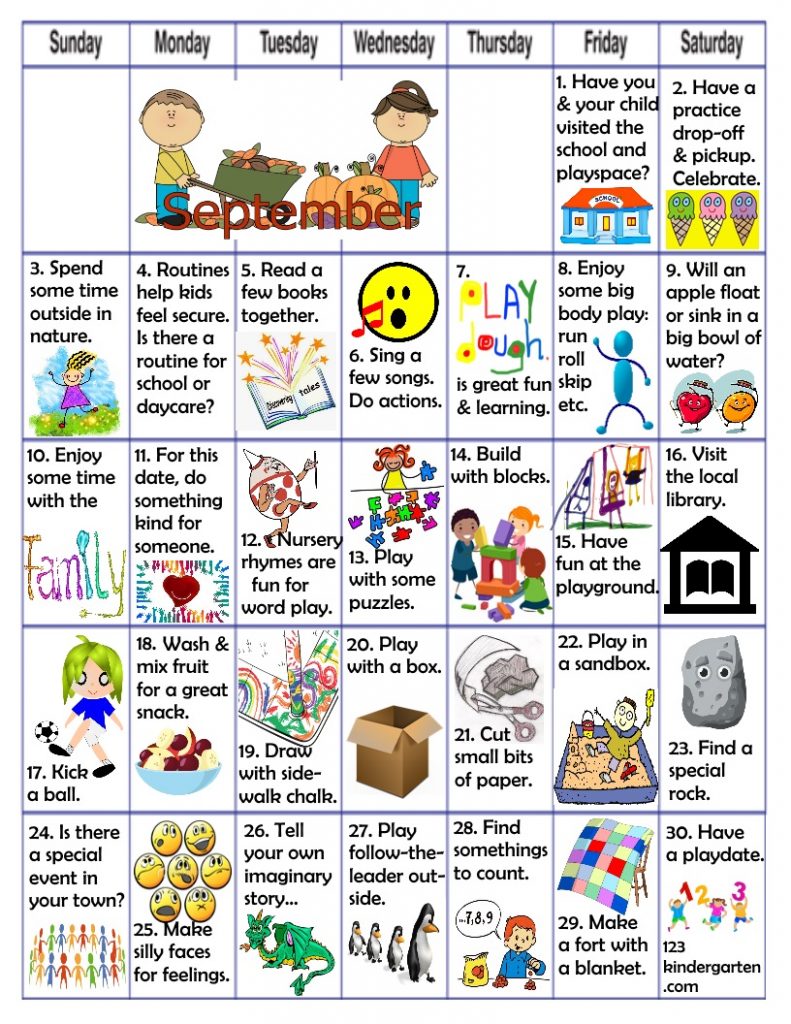 Math anxiety in kids isn’t rare and can occur very early, affecting up to 1 in 4 kids. Kids don’t need a math gene to have a confident attitude to math. (Zorbit’s Math Adventure) They need lots of fun and play opportunities with math. Children learn from everyday, ordinary experiences. As parents and caregivers, we can help them despite our own math phobias. 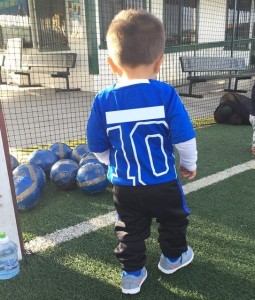 One way to show kids that math is part of our lives, is to notice all the places where there are numbers. As the day starts with your child, numbers can be part of getting dressed. One pair of pants has 2 legs. One sock is not enough. Two feet need two socks, but where or where is the other sock? Count the buttons on the shirt as it gets done up. Young children may have favorite sports players and proudly wear their numbers.

Breakfast also includes a serving of numbers. Does each person have one bowl and one spoon? In a bowl of cereal are there more cheerios or more raisins? More is more than a word, it’s a math concept. Kids use the word much more than parents, especially if we would rather they had less.

Getting out the door in the morning can seem like a numbers game, only it’s not much fun to play. As for the rest of the day, how often do kids hear “5 more minutes?” We need to make sure that some numbers are more positive than negative, like counting the number of days until a sleep-over or other special event. 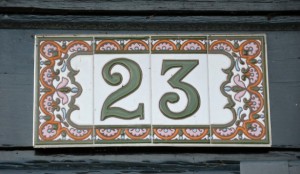 If you will be out and about with your child, you can notice all the places where there are numbers. The street will have signs with numbers on for the speed. Stores use numbers to show the times when they will be opening and closing. There are numbers on houses, cars, and offices.

You will likely find numerous ways of using numbers in a day. It all adds up to building math confidence rather than math anxiety in kids.

The date says 6; how’s tricks? A fear of math is common but you don’t need to be a magician. Sometimes, our math phobia creates math anxiety in kids. Do you know how to help your child develop a positive attitude to math? Even though it seems like magic, math is ordinary and everyday. We … END_OF_DOCUMENT_TOKEN_TO_BE_REPLACED