For the month of May, here is a calendar of learn and play activities for preschool and kindergarten age kids. These are suggestions you can adapt and change to your family’s needs and use to inspire your own ideas too.

The right to play is so critical to children’s development that it is enshrined in the United Nations Declaration on The Rights of the Child. It is by playing that the brain makes the millions of pathways needed for higher learning. Forming relationships and connecting to others is also built as children play. So the question, May I Play? is tremendously important. As adults, we need to ensure that children have time, space, and opportunity to play.

How will your child play today? 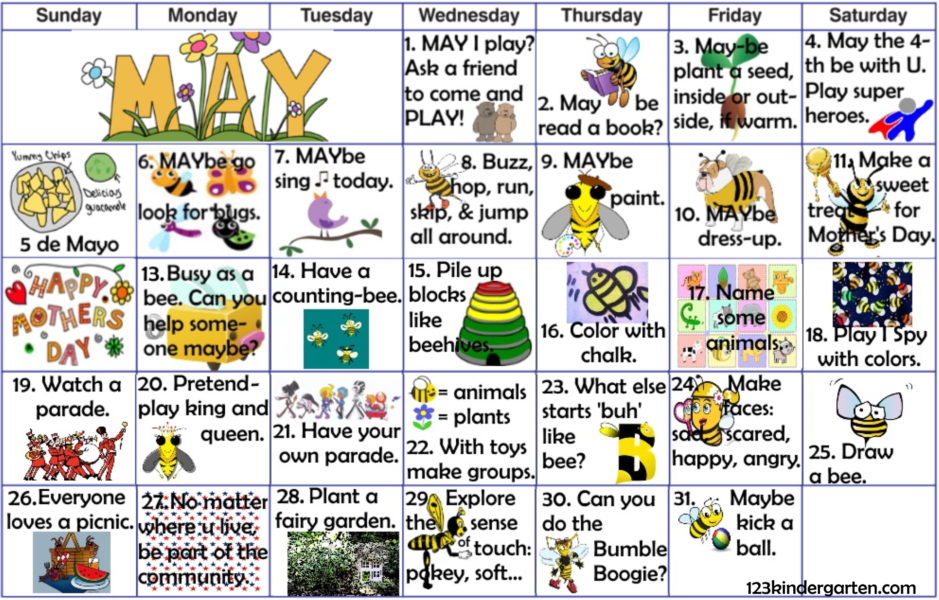 May the 4th be with you. This is such a fun play on words, and play is the force of childhood. 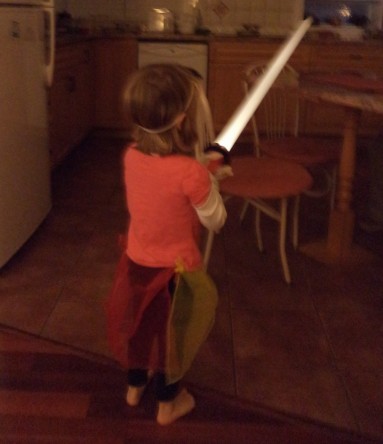 Play is more than a force, it’s a right of childhood. That’s another play on words too. Play is so important that the United Nations has incorporated it in The Convention on the Rights of the Child. Right also has the sense of being correct, and childhood is the right time for play. Play is how kids learn.

“Children are wired for hands-on, full-contact, self-selected interaction with the world—we call this PLAY!” (author unknown)

Childhood is a magical time, full of play and wonder. In the spirit of May 4th, here is a recipe I’ve shared before. May the 4th of play be with you and the magic of childhood live in your heart. 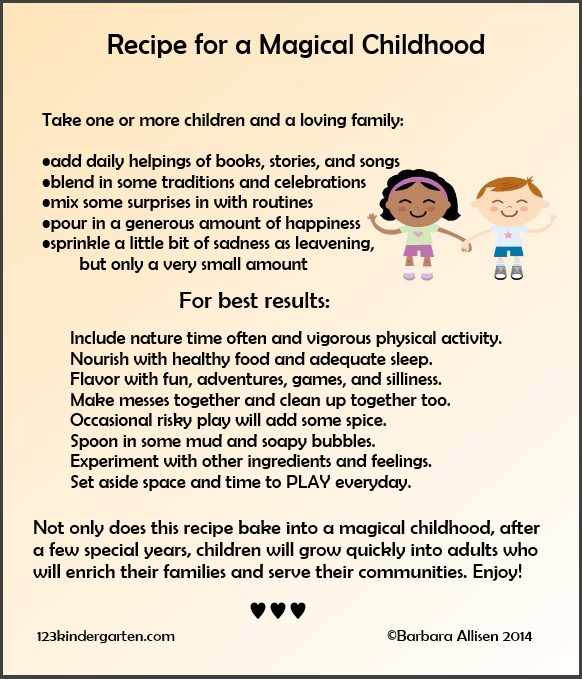 World Cup Soccer has started and some children will dream of one day playing in the championships. Did you notice that key word: PLAY?  Whether it’s FIFA, the Olympics, the Stanley Cup or another great event and competition, the roots of Sport are PLAY. 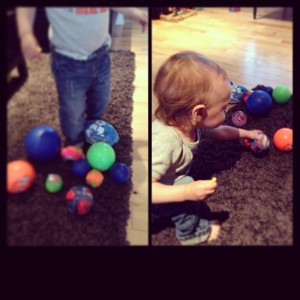 There will be some exciting soccer matches as these teams from around the world compete. The journey to being a soccer PLAYer at this level has undoubtedly been long and hard, but it began with a child playing and kicking a ball. Perhaps, parents would kick the ball with the child or maybe brothers or sisters or friends. Likely, a child with such deep motivation probably spent hours kicking the ball against walls and fences. But for that future soccer star, the start was play and fun.

Play is so essential to children’s early learning and development that the United Nations High Commission has enshrined the right to play as one of the Universal Rights of the Child. Play is how children figure out and explore the world. In countries where kids do not have soccer balls, they play with rocks, cans, old shoes, plastic bottles, and bags stuffed with garbage. Noticing a group of children playing with one of these bags inspired Tim Jahnigen. He saw the need for kids to have access to balls and for these balls to be good and sturdy. Specially designed, these One World Futbols are nearly indestructible and since 2010, more than 1.5 million of these balls have impacted the lives of children around the world. In the words of Lisa Tarver, cofounder of One World Futbol, “We really can’t underestimate the power of play.”

In the spirit of World Cup Soccer, for a play-of-the-day, find a ball that your child can play with. Sponge balls or beach balls are often easier for little hands and feet. Kids can hit, kick, throw, and catch and balls can be any size. Who knows what such play might kickstart?