We all use our senses to interact with the world, but for children sensory experiences are critical for their early learning, brain development, and in only a few years, kindergarten readiness. It’s common knowledge that the sense of smell is very powerful and, apparently, babies can smell even before they are born! 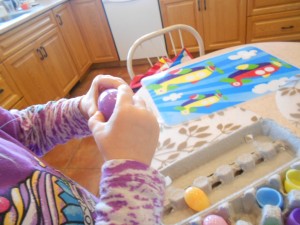 For some smelly fun, I put a few different spices and things in some plastic Easter eggs and let Little Sister smell. We had cinnamon, chocolate, grass, mint tea, dirt, and soap. Although she could see the items she did not know what some of them were by looking. It was lots of fun for her to wrinkle her nose and sniff.

We put a few drops of orange oil in the diffuser and Little Sister went right up close to smell. Then, she found an empty plastic bottle in the cupboard and we pretended it smelled terrible or yummy, and made appropriate faces. 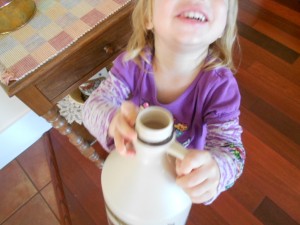 Smells can be lots of fun and Easter has some special ones, especially chocolate. It’s too bad the early flowers like tulips and daffodils have no wonderful smells, but there’s green grass and mint, and of course yummy things to eat. What do you and your child like to smell at Easter?