Once you have read a book with your child, don’t stop there. It’s just a start to the fun. How about some building along with the Three Little Pigs? 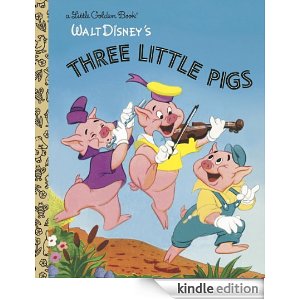 The Three Little Pigs is a fairly common story, but you might not have a book of it at home. If you don’t, you can snuggle together while you tell the story to your child. Some children will know the story and like to be the voice of the wolf who will blow the house down, or the little pigs as they refuse to open the door by the hair of their chinny, chin, chin. 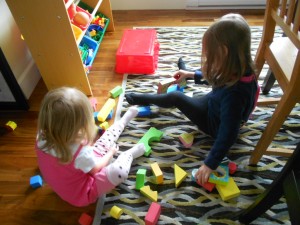 The Three Little Pigs are into making houses. Most families do not have a source of straw for construction fun or sticks or bricks, but they usually do have blocks. Many blocks are plastic or foam and lots are wood. Lego comes in bricks that are made out of plastic. Whatever material you have for blocks will work for kids to use to build houses. Knocking them down and building them back up is often part of the fun.

Another way to make houses is with big boxes. Kids can pretend the story of the Three Little Pigs with a box turned into a house. A sheet or blanket over the top of a table will also make a house. Imagination can be used to change one material into any other kind. A towel on the floor can also be turned into a house space.

The three little Pigs heated up a big pot of water to scare away the wolf. Instead, doesn’t this heat up a pot of learning and reading fun and play?