This weekend is the Olympics Closing Ceremonies. As the Games end, it’s a good time to think about what is the role of sports for kids? Perhaps, more importantly, how do we encourage young children in sports without pushing them? 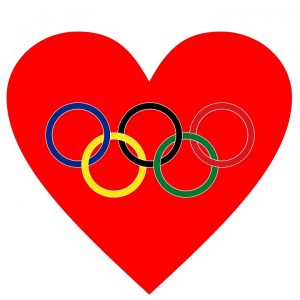 Family therapist and parenting expert Carleton Kendrick has some excellent suggestions for preschool kids. In the article, Why Most Kids Quit Sports, he writes: “Focus on the element of play in any sports activity you introduce to very young kids. Make it fun! Don’t burden them or concern them with competition, keeping score, and rules. Get them running, kicking, throwing, catching … and laughing. Use equipment that suits their bodies and coordination levels (toss a beanbag instead of a ball). Adapt games according to their abilities. Always offer encouraging words for all their efforts.”

In listening to the interviews with top athletes at the Olympic Games, did you hear how many of them talked about having fun and enjoying themselves? Of course, they have worked hard and made tremendous sacrifices for years, but they continue because they love their sport. For young children, if we put too much emphasis on performance and outcome, sports becomes a source of stress instead of a source of fun. 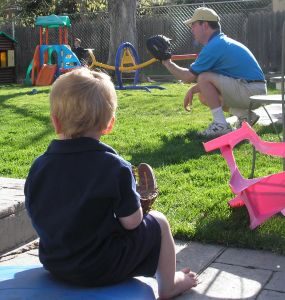 Another key for young children is participation. Winning is far less important to them than being able to run around and be active. Just watching doesn’t have much appeal at all. When it comes to rules, remember at this age kids aren’t asking what are the rules. They are exploring and figuring out how rules work in the first place. They have an idea that rules have power and often complain about younger brothers and sisters not following the rules. You have likely had challenges with the issue of rules already.