The Olympics may be over but some athletes have already mentioned the goal of being there next time. Kids and goal setting is a great topic for us. 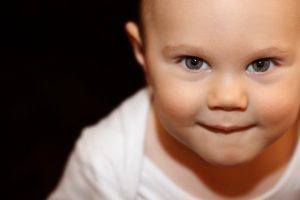 Have you ever wondered if kids set goals, if preschoolers are too young for goal setting? Young children and babies are very goal oriented. We might not think of a baby pulling himself across the floor of the kitchen to see what’s in the dog dish as setting a goal but it is to that baby. Kids can be very determined when it comes to reaching a goal.

Recently, to change a light in the closet, I had to get the ladder so I could reach. After I was done, Big Sister asked if she could climb up the ladder and touch the ceiling. She would have had to go too far up for that, but we agreed she could climb up and touch the top shelf. She went up and did that although did ask that I hold the ladder. Of course, Little Sister wanted to do the same thing. She held tightly onto the sides and trembled but she too accomplished her goal. She proclaimed, “I did it!” with a sigh of relief. But she conquered her fear and achieved her goal. 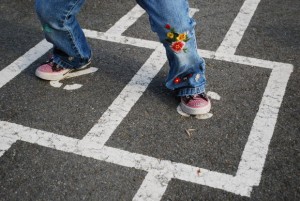 Kids set goals as they play. Two examples are hopping all the way to the end of a hop-scotch game or putting a whole puzzle together. Some goals are realistic, like getting dressed without any help and some aren’t, like jumping as high as the sky. As kids set and reach goals, they gain experience. The strategy of goal setting is very powerful, but just like other skills, kids need time and opportunity to figure it out.

So many athletes thanked their parents and coaches for supporting them to reach their Olympic goals. Our encouragement of kids and goal setting influences them now and for a lifetime. What goals might your child be striving for?