Child’s play helps discover new planets? Well, that’s a bit of a stretch but what we do as adults often grows from how we loved to play as kids. Many of the scientists at NASA were fascinated by space as children and on a radio show, one of them was quoted as saying she has been intrigued with searching for new planets since an early age. 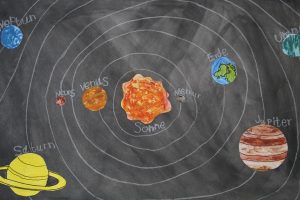 February is friends and heart month. Following a passion is following your heart. Did you have an interest or a favorite way to play as a child that gave clues about what you are doing today? Of course, child’s play has been a lifelong interest of mine. Being a kindergarten teacher means being able to play at work. On the blog, I’ve included many posts about careers adults choose and the clues we find when we look at their play. This excerpt is from the post Child’s PlayReaches to Outer Space from a couple of years back:

Astronaut Chris Hadfield adventured far beyond Earth to the International Space Station Endeavour. He played the guitar and sang the first song ever recorded in space. He was inspired at the age of nine as he watched Apollo landing on the Moon, but his interest in flying began much earlier than that. Along with others written about in this series, an artist that drew on the wall about the age of 2, a nurse that played with Dr. Barbie, a mathematician that enjoyed numbers, a designer that always liked to draw, a scientist that took apart her toys and dolls, a crafter who created and sold products to her childhood friends, and a chef who wanted an Easy-Bake oven as a young boy, Chris Hadfield extended his play to a career. How can we so trivialize children’s play when time and time again, we hear stories like these? 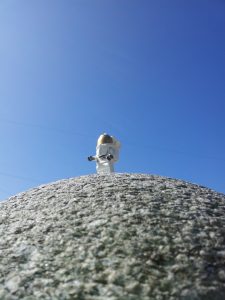 The question is even more relevant with the discovery of these seven exoplanets. In a way, the curiosity to explore and the drive to discover are the fuel of play. We see from the time they are wee babies,  the immense hunger young children have to find out all they can about the world. They do this each and every time they play. That’s how we can say child’s play helps discover new planets. 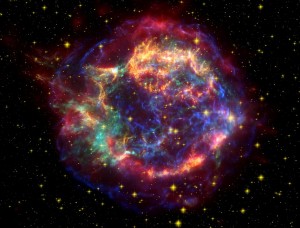 Although we mean well, we cannot fill our children’s days with activities that we plan and organize for them. We must give kids time and space for unstructured play and trust them to direct it. When we do, could we say the results are out of this world?