Today’s post, washing fairy rocks play, is a perfect reminder to parents, caregivers, teachers, and all adults of how play is in the in child not the toy. 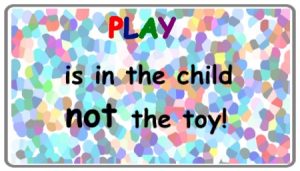 We’d done a couple of play activities with fairy rocks, like digging them up after burying them in the dirt, and rolling them in play dough. The rocks were sitting on the counter out of the way of Baby Brother who still puts everything in his mouth. When helping to wash up after snack, Big Brother came up with his own play activity—washing the fairy rocks. He put some of the sink water into the container of rocks and gave them a bath. Not only did he scrub each rock squeaky clean, he had them do games. 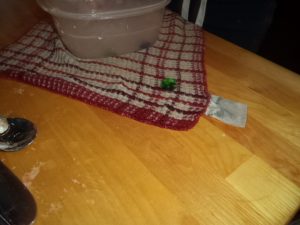 The rocks jumped up in the air, turned somersaults, did flips, and rolled over. Every rock did some sort of trick and he gave the play-by-play. At one point, a rock missed landing in the container. He announced, “It escaped.” The rocks now took turns crawling out of the dish. Sometimes, they stepped around the counter a bit before getting back in the dish. Big Brother’s hands, voice, and imagination were all busy in his washing fairy rocks play. This was an inexpensive, simple item rich in play value. Kids do not have to have toys to play and explore. They just need the time and space in a day to engage with what is available and around them. 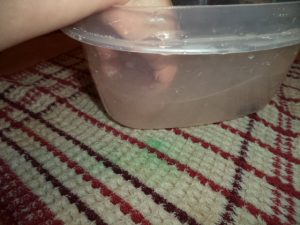 All too often, we forget who the real experts on play are. Kids themselves! Even worse, we forget how critical play is for children’s learning and development. The brain is hard-wired for play. 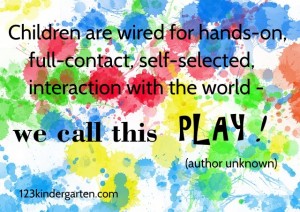 The magic of childhood isn’t fairy dust, but PLAY. It transforms rocks, sticks, dirt, water, blankets, containers, paper, cardboard boxes, and other items into toys. As they play, children explore, wonder, create, and understand the world around them and within themselves. As the adults who care for them, we have a responsibility to nurture and encourage children’s play. How do you support your child’s play?

Each day, come check out the play-of-the-day inspiration!