When Brazil welcomed the world to watch the soccer matches of the World Cup, enthusiasm for the sport of soccer spread far and wide. Although young children are excited to play, how long will that last? Unfortunately, for many children not long enough. Just recently, an article has been circulating called “The real reason why our kids quit sport” and it has the shocking statistic that only 30% of children continue after the age of 13! 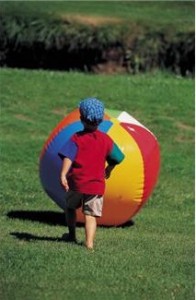 Playing sports encourages children’s learning and development in many ways, so why are so many children choosing to drop out? According to Peter Gahan, involved with player and coach development, “Fun needs to be at the very heart of sport, says Gahan. Even at the elite level, he says, research now shows all athletes need a fun activity in their training session.” Losing the aspect of fun is all too easy, especially if we as parents and caregivers, put too much emphasis on the outcome of a game. A significant reason that kids quit is the adult reactions. Instead of being fun, the game becomes a source  of stress.

Of course, there are other factors that contribute to stress, such as lack of time, unhappy interactions with coaches, lack of connections to teammates, but another important one is internal. Children see themselves as not being good enough. Peter Gahan explained,”They wanted to impress and look good but they couldn’t, [so] they gave up.”

Given this, it’s no wonder more than two-thirds will drop out. Especially for young children, fun and play are the most important aspects of any sport activity. We have all heard that it’s not winning or losing but how we play the game. As far as kids are concerned, the how isn’t all that important either, it’s simply the play. For today’s play-of-the-day, could  your child have some fun and learning with sport PLAY?