Just like snowflakes can add up to a big pile, so can minutes of fun and play add up to big learning. This month, no matter what the weather, here are some activities your child can do at home or kids can do in a care center. These are child-tested and family-approved.

Print off the calendar below and put it on the fridge or bulletin board. Adapt as needed or use them to inspire different kinds of play. This is hands-on play or should that be mittens-on? 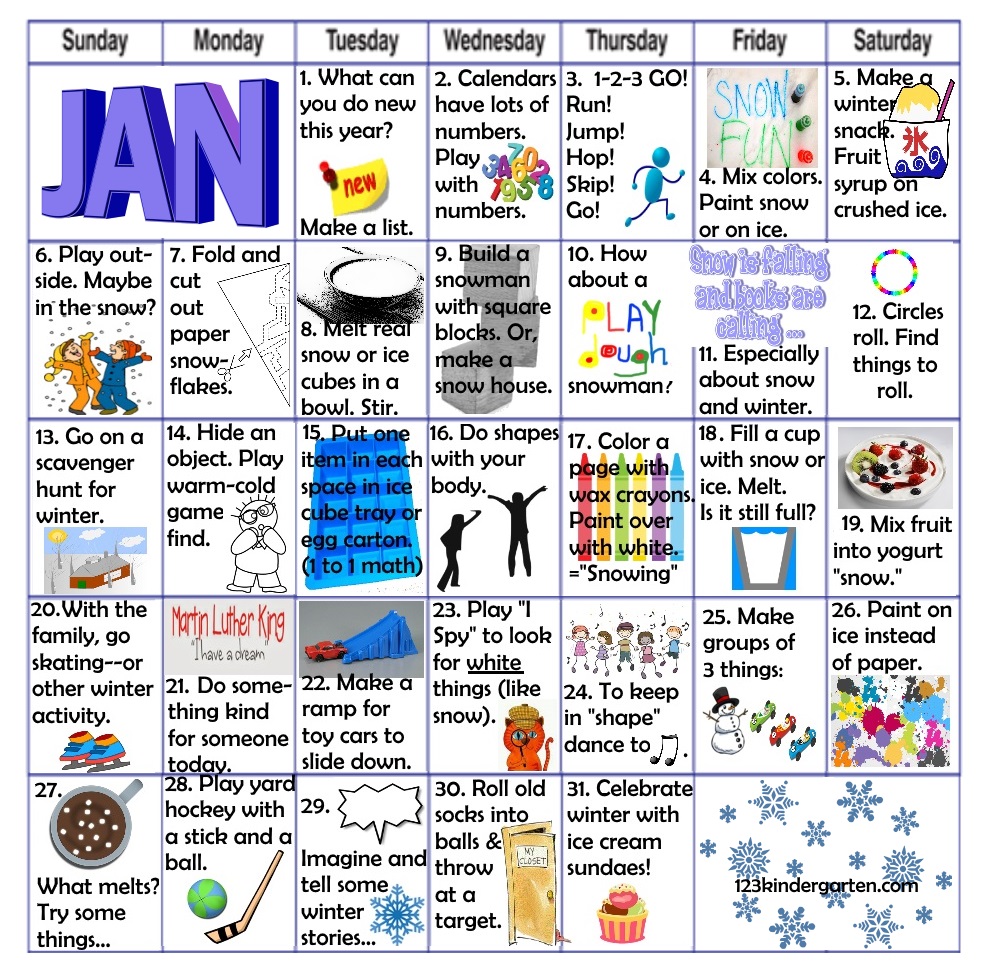 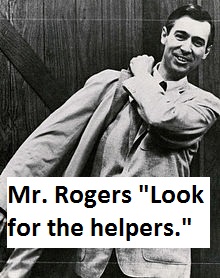 Young children have kind hearts and there are ways that we can encourage kids to be kind. Kindness is a great way to finish one year and start the next.

Some acts of kindness depend on the age of children and what’s in the community. Here is a poster with some ideas. Acts of kindness don’t have to be random, they can be planned.  Is there one or more you and your child can do? 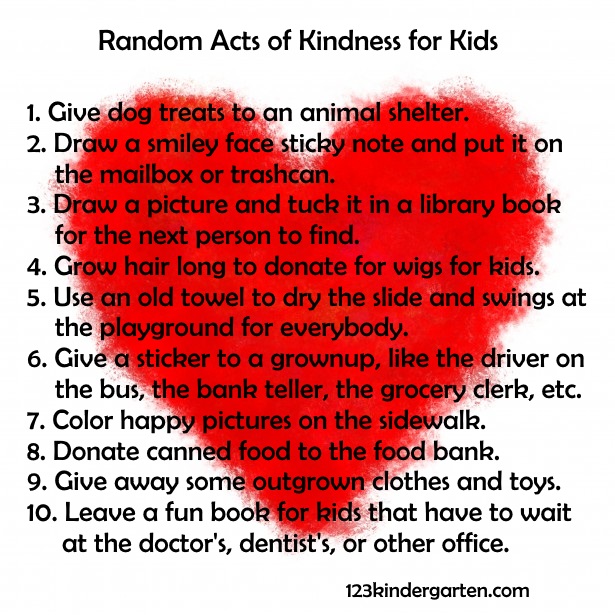 One way kids learn kindness is, of course, from the example of parents and other adults. Kids copy our behaviors and when we show kindness to others, so do kids. When we notice a child doing something kind, we can acknowledge their effort. A simple, “I saw you be kind to that person. Did you know you were doing something kind?” invites kids to tell us about what they were doing and gives them a chance to feel good about themselves.

Children will also respond to the messages in stories and books. Check out your local library or bookstore. Often, animals are the main characters from as small as an ant to as big as a lion, as peaceful as a little bird, or as ferocious as a lion. You can also make up a story with your child as the main character and tell about how s/he was kind one day.

With young children, we sometimes need to show them how to be kind. We can take a child’s hand and gently pat a cat or dog. We can notice a child all alone on the playground and use words to invite that child to come play too.

At Christmas, the Grinch’s heart grew three sizes. Young children have kind hearts and when kids engage in a random or planned act of kindness, we are helping their kind hearts grow too. Is this something you think is important for your child?

A rare Olympic medal for kindness was awarded in Rio. What are your thoughts on helping children show kindness? What do you and your child do for kindness? During the women’s 5000m heat, two runners collided and fell to the track. They helped each other up and then continued encouraging and supporting so they could … END_OF_DOCUMENT_TOKEN_TO_BE_REPLACED