The Closing Ceremonies of the London Olympics had some deeper meanings for all of us, far beyond kindergarten readiness. As the Games closed in London, the Olympic flag was handed to the next host city reminding us that when one thing ends, something else begins. London sadly says goodbye to the games, and Rio eagerly awaits it’s turn. 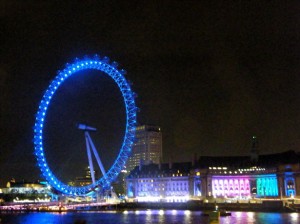 Kindergarten is like that. As kindergarten starts, every day the child closes the door at home and opens the one at school. For parents, there is sadness mixed with the joy and pride of watching children take their first steps into the world beyond home.

Perhaps, this circle of endings and beginnings is reflected in the Olympic rings. Children, just like adults, need to know that it is okay to feel sad when things end and they need to be reassured that there is something new beginning. The shape of a circle can help them understand how things can go round and round. Many of the athletes will soon start training for the next time and dreaming of a new competition and possibility.
Are there some endings/new beginnings for your child too?

Do you sometimes wonder where to start when it comes to kindergarten readiness? how to decide what to do and when to do it? For kindergarten, I sometimes recommend the 3 R’s: relationships, routine and repetition. In their new book, The Whole-Brain Child, parenting expert Tina Payne Bryson and Dan Siegel write “…we are hardwired for play and exploration as well as for joining with one another.” The importance of relationships is built into brains! 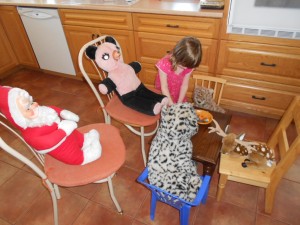 This means that providing opportunities for your child to play with friends, family and you is one way to prepare your child for school and beyond. Are there some community programs in your area such as library story-telling or recreation activities for parent and tot? Sometimes, there are playground groups or you may want to informally join with other families. Play-dates can be organized around parent and care-giver work schedules. Children also need to be included, where they can, in tackling the family’s work-tasks. Read books and share stories that talk about friends, family and feelings. Include some stuffies and dolls in the toy box for both girls and boys so kids can explore relating.

One of my favorite quotes in my book, 1 2 3 Kindergarten Readiness, Everything Your Child Needs To Learn Before Kindergarten, is this one from Aristotle: Educating the mind without educating the heart is no education at all. Playing and working with others can be considered as both heart and brain development. Social and emotional growth is part of the kindergarten readiness package. Is this something that is doable for you?

I scream, you scream, we all scream for … kindergarten readiness! With a few sunny breaks today, kids were able to squeeze in some outside time before it rained again. Since the walk was dry, it was a good time to play with some sidewalk chalk. And that’s just what this child did. 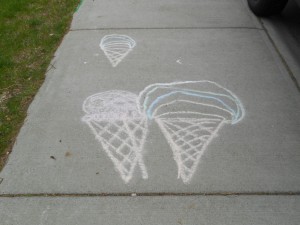 Have you ever noticed how kids can get an idea stuck in their head and not let go? Any guesses as to this idea? It was ice cream. Of all the wonderful things that hands and chalk could draw, (or at least have help to draw) the choice was ice cream. Just as I wanted to groan, I realized that I was seeing another learning and thinking strategy, that of persistence. I could almost see that little mind thinking, “Hmm, if asking for some ice cream didn’t work, maybe drawing a picture of some would.”

Children have amazing persistence for something they want. On occasion, they wear the adults right down to get it, too. Kids’ persistence is often negative but it can be positive as well. Learning something new requires persistence and so does kindergarten readiness. I love this explanation on Kidpower Blog:

Now, some children know how to persist, but they do it in negative ways by whining and getting upset when they don’t get their way. Our job as  adults is to help them learn how to persist in positive ways and how to accept disappointment gracefully.

Adults can help children learn to use their persistence by:

Supporting young children as they learn involves so much more than academic skills. For your child’s learning and thinking development, is there an opportunity to encourage the skill of persistence?

Relaxing on Sunday and enjoying some Earth Day activities, I was reluctant to prepare for Monday morning. Then I saw the example of a small child and thought he had a great attitude that will help for more than kindergarten readiness. Little M is have fun mopping the floor. His strategy is to turn work … END_OF_DOCUMENT_TOKEN_TO_BE_REPLACED

Is it Pink Shirt Day in your area today? Daycare and preschool is a fact of life for many young kids and some centers will be talking about personal safety and bullying. Little children are still sorting out what kinds of behavior are acceptable and sometimes hitting, grabbing away and pushing can happen. As parents and … END_OF_DOCUMENT_TOKEN_TO_BE_REPLACED

The last Wednesday in February is Pink Shirt Day (different in some areas). This special day started in Canada in 2007 by 2 high school boys who saw a younger boy being bullied for wearing a pink shirt to school. Asking their friends to wear pink shirts or using 50 they had purchased they banded with … END_OF_DOCUMENT_TOKEN_TO_BE_REPLACED

Valentine’s was earlier this week and began some posts on social and emotional learning activities with young children. Giving and sharing are social skills and just like any others need some practice. How do we feel when we get valentines? Kids need support as they learn about feelings and one way to do that is … END_OF_DOCUMENT_TOKEN_TO_BE_REPLACED

Maybe that title should read Learning to Make Many Faces. Valentine’s was a great time to start some posts on social and emotional development in young children. Yesterday the topic was helping kids learn the names of their feelings and emotions by supplying the words. When we see children showing a particular response we can … END_OF_DOCUMENT_TOKEN_TO_BE_REPLACED

Valentine’s Day is all about emotions and social connections. But what comes the next day? How about some Tea For Two that will continue the social and emotional interaction? This is so important that doctors from the American Academy of Pediatrics recommend that babies be screened for social and emotional development as well as for … END_OF_DOCUMENT_TOKEN_TO_BE_REPLACED

I’m starting this month’s blog with a big Thank You. I was included for a Versatile Blogger Award by Shelle at Preschool Play Time. My own personal excitement at being recognized and included reminded me that our kids experience those same feelings. My suggestion for a learning and kindergarten readiness activity for today would be … END_OF_DOCUMENT_TOKEN_TO_BE_REPLACED